Need To Be Up Early for the Best Fish

Need To Be Up Early for the Best Fish

The Ocean's Gift series wouldn't be complete without our hero, Joe Fisher.

For those who don't remember him (how could you forget?), here's a character profile video I prepared earlier, which shows off his assets: 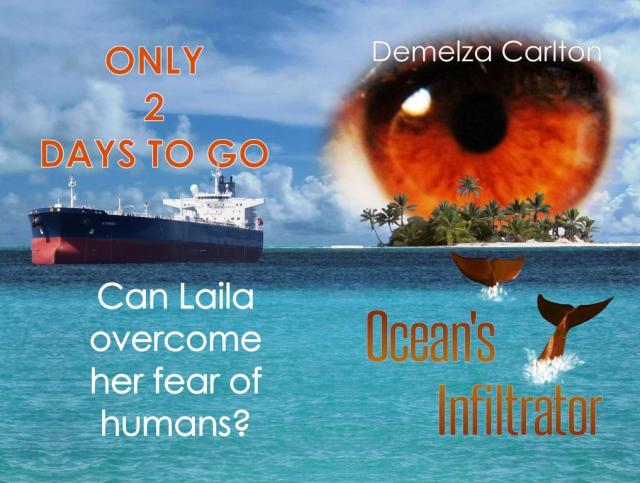 With only two days to go before Ocean's Infiltrator hits print, here's another taste – of the delectable Joe Fisher:

“Whoever wired up these places either had a death-wish or he was fucking high at the time,” I muttered as I found yet another nest of tangled wires under the tin roof. They’d pretty much corroded together. Any insulation on them had disintegrated about the time I was born, I decided. I ripped the mess out and dropped it on the concrete below.

No one in their right mind would have volunteered for this, but I figured I was probably a bit mad in my reasons for it, too.

Skipper and I had come to a business arrangement. We were going to be partners in a sort of holiday resort during the warmer months at the Abrolhos, to run in between fishing. He’d been sweet-talking all his fishing mates who didn’t fish any more to hand over their asbestos shacks to him, so they didn’t have to pay a shitload of money to pull them down. I’d been doing a bit of persuasion of my own – calling in every tradie I knew who’d do cash jobs and owed me a favour. When they hesitated, I promised I’d take them fishing when the job was done. Worked like a charm.

Somehow, we’d ended up with about a dozen falling-down fishing shacks on Rat Island and now I was holding up my end of the deal, arranging to get guys out to do the work on them, so the shitholes could become “deluxe holiday villas” or something like that. I didn’t know – Skipper’s daughter, the travel agent, was writing the press for it.

Now, if I could just get power restored to these stupid sheds we could get the asbestos guys in on their next week off to do some serious renovations. I had the replacement sheeting waiting in a sea container at the harbour, ready to winch aboard the Dolphin for the return trip after the first load of asbestos landed in Geraldton for safe disposal. The sooner the asbestos was gone, the better.

I yanked on another stubborn strand of wire and it came slithering across the roof, guarded by a huge spider. I thought the orb spiders were big the first year I was out here, but she was almost as big as my hand. I knew from experience that she wasn’t dangerous. I liked the way she and her mates kept the flies and mosquitoes down, so I brushed her off the corroded wiring and dropped it over the eaves.

I figured I’d get this place done before dark and then I’d be finished, a day earlier than expected. Maybe I could spend tomorrow fishing and take some nice fillets home with me. I knew the good fishing spots around Rat now, because I had to know where to take the guys on their fishing trips. I knew the spots that were pretty and not good for fishing, too, though, so we could keep the tourists occupied in trying. Couldn’t have them catching their bag limit too quickly – they’d get bored and complain.

I climbed down off the roof and hooked up the outdoor power point on the corner of the house, on one of the frame beams. I plugged in my light and switched the power point on. Brilliant, I thought as the globe gave a blinding flash of white before I turned it off again.

I packed everything back in my toolbag and started collecting up the mess of corroded wiring. I dropped the whole lot on my veranda and went into my shack for a beer, a bite to eat and some sleep. I’d need to be up early for the best fish.

If you can't wait another two days, don't worry – the ebook is already available for $2.99 this week from Amazon.