Would you like to read a FREE sneak peek of Cobble: Elves and the Shoemaker Retold? Well, you can...with the exclusive excerpt chapter below:

This pair, Alba vowed, would be perfect. She used a cloth to wet the leather, just a little, not too much. Then she pressed the stamp against the smooth hide. A few gentle taps with her hammer and it was done. Now all she needed to do was paint the embossed flower so that the jewel-like colours would catch the eye of some passing lady, and yet another one of her creations would grace the King's court. They were no match for the christening shoes she'd made for the Crown Princess, but she'd sent them up to the palace. Once the King saw them, surely he'd declare her the Royal Shoemaker, as her father had been.

Alba sat back and sighed. If only her father could have seen them. He would be proud. But he'd passed the previous winter, leaving her in her brothers' care. As though they cared.

Speak of the devil, and he shall appear.

Her brothers' laughing voices sounded from the street.

Alba hurried to hide her embossing tools, and the half-made shoe. If her brothers found the cunningly crafted flowers and other shapes, they would sell them for sure and drink the proceeds. Never mind that she needed them to make a living. She could not be the Royal Shoemaker if she could no longer make shoes.

The bag tucked neatly into its rafter hiding spot, and the thatch smoothed into place as if it had never been disturbed. A good thing, too, for her brothers' good humour died the moment they entered the house.

"We need to go," Gad said, grabbing her arm.

"Where are we going? Should I pack?" Alba asked.

"No time," Onni said, peering through the window. "Jordanes has summoned the guards to evict us and they are already on their way."

Alba tore out of her brother's grasp. "Why would our landlord evict us? The shoes I make earn more than enough to pay the rent. Only last week he stopped by to commission a pair as a gift to his wife for Christmas. He never mentioned you'd forgotten to pay the rent. Father left us plenty of money…"

"Father's money is gone. We haven't paid rent since he died. And we need to go now or we'll be taken to the cells beneath the castle where we'll die as debtors." Gad seized her arm again and dragged her from her seat. "Now, Alba. We promised Father we would take care of you. Do you know what happens to women in the castle dungeons?"

Alba had heard all sorts of horrible stories about the dungeons, but she'd never imagined she might feature in one. "No," she began.

"But my things…" she faltered.

Onni took her other arm and between them, her brothers dragged her to the back door. "No time," Onni said. "We can buy more when we are free of Jordanes and his guards. Do you want to live free or die in prison?"

"I want to live," Alba said, risking a glance back over her shoulder at the cottage where she had spent all of her life. Without her tools, would she ever make shoes again?

"Then you must run!"

Bracketed by her brothers, Alba took to her heels, leaving behind everything else she had ever known or loved. 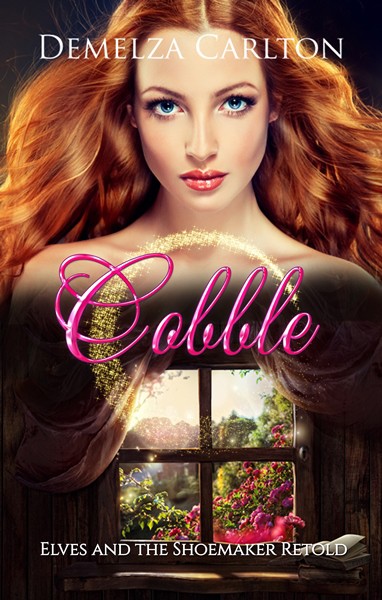 Three siblings. Two shoemakers. One curse that could change everything.
Once upon a time...

All Alba ever wanted was to be the royal shoemaker, like her father. But her despicable brothers have a very different future planned for her.

When a good deed backfires, leaving her cursed for her brothers' crimes while the real culprits walk free, Alba will be forced to fight for her freedom, or face losing her dream forever.

Can Alba and her new allies bring the true villains to justice?