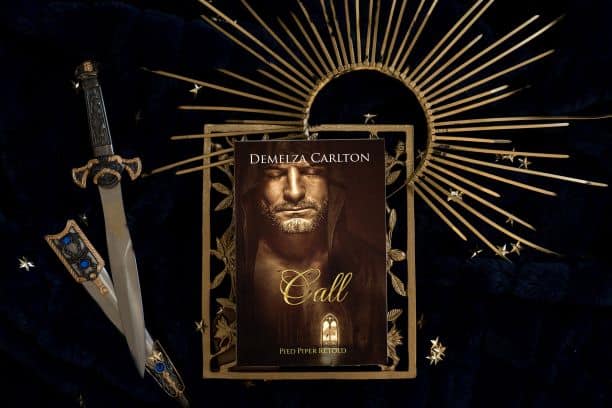 Would you like to read a FREE sneak peek of Call: Pied Piper Retold? Well, you can...with the exclusive excerpt chapter below:

Zoticus watched the girl's expression change from panic to determined clarity. Her arms flew out like wings, letting go of everything she possessed. Before her things thudded to the ground, Melisende took flight.

He'd seen the sequence a dozen times in his visions of this moment, but somehow the addition of sound made it more real.

The scrunch of sand beneath her boots as she broke into a run, audible even over the distant screams of battle on the other side of the field. Clad in only her tunic and hose, Melisende moved so swiftly the cloth was plastered against the curves of her blatantly female body.

Eager shouts and the thunder of hooves heralded her pursuit, invisible in the crowd of panicked crusaders.

Zoticus unslung his bow and reached for his first arrow. He sighted along it, then waited.

Four riders emerged from the melee, whipping their horses hard in their frenzy for the hunt. The hunters did not know they would be the prey today.

Sir Enguerrand led the charge, a black raven atop a stolen white horse. Sir Guiscard followed some distance behind, his horse unable to keep up with the fleet-footed mare. Sir Onfroi was hot on his heels, with Sir Roland bringing up the rear on a horse that could scarcely bear his weight.

Zoticus could not abide a man who abused his mount. He lined up his shot, and Roland fell first, rolling on the ground while his relieved horse rode on without him.

Onfroi had chosen to wear armour today, so Zoticus had to choose his target. Ah, there it was – when Onfroi leaned forward over his horse's neck, his breastplate rode up, exposing far more of his side than was safe with archers about. A kidney shot, followed by a second arrow that lodged firmly in the man's left buttock. He, too, went tumbling from the saddle, but unlike Roland, Onfroi's foot caught in the stirrup, and his horse dragged him along the ground, likely doing even more damage.

Guiscard had not bothered to don his armour, so the owl on his tunic was clear to see. Zoticus aimed for above the owl, though, and his aim was true – the first arrow caught him in the back of the neck, sinking in deep.

Enguerrand rode alone, heedless of the loss of his companions, intent only on catching the girl.

A girl whose head whipped back for scarcely a moment. Had she seen the glint of the knight's teeth, bared in a triumphant grin? Or was it her brother's horse that had made her smile before a puff of magic surrounded her, and she vanished.

Magic spirited her across the field and into the trees, faster than any horse could gallop, but Enguerrand could not see it. Instead, he reined in his horse, casting about for the treasure he'd lost.

Only then did he realise he was alone, his men having fallen along the way.

In the space of a moment, Enguerrand seemed to regain his senses, and he fixed his sights on Zoticus. With the girl gone, he set his horse against a different target.

Zoticus stood his ground. He'd seen this in his vision, too, and he knew how it would end. He waited until he could see the horse's eyes, mad at this mistreatment from a man who was not her master.

"Halt, Pegasus!" Zoticus called, and the obedient mare skidded to a stop.

But Enguerrand did not, flying over the horse's head and over Zoticus, to land awkwardly on the stony ground.

The knight struggled to draw his sword, but he'd broken both arms in his fall. "Help me, and my father will richly reward you!" the man begged.

Zoticus leaned down and pulled Enguerrand's sword from its scabbard. It was a fine weapon – far finer than the man it had been made for. The knight would need neither sword nor scabbard now, so Zoticus unfastened the man's baldrick. More broken bones moved beneath his hand – Enguerrand had shattered several ribs, too, and at least one had punctured his lungs.

"Mercy!" cried the knight. He tried to lift his arm to shield himself, but his strength had already started to fade.

Zoticus considered the shattered man at his feet. Mercy came in many forms. A magical healer might make the knight whole again, but without swift aid he would certainly die, and die in agony.

"Did you offer Babette mercy? Or any of the other girls you hunted and killed like animals?" Zoticus asked, sliding the sword back into its scabbard before tucking both into his bag.

"Who?" the knight asked.

"Did you know any of the girls' names? No? How about Sir Josse, who you cut down with this very blade, so that you might force yourself upon his sister?" Zoticus persisted. He'd heard of men who repented their crimes when faced with death, but he had yet to meet one. Most of the men Zoticus had killed preferred to spit curses with their final breath.

It seemed Enguerrand would not be such a man, either.

"Help!" the knight moaned, trying to crawl away.

Zoticus decided to leave Enguerrand until last, and check on the others.

Guiscard stared sightlessly up at the sky, a broken arrow protruding from his throat. It had gone all the way through, as if shot from a crossbow and not a longbow. A formidable weapon indeed – no wonder the Seljuk archers were so fearsome, armed with these. Zoticus would keep his Seljuk longbow, lest it be useful later.

Onfroi's corpse was not so serene. His horse had grown weary of dragging it, and crushed the offending weight beneath his hooves. The result was that where the knight's head had once been was now a piece of pulped meat.

Roland had not been as lucky. Thrown free from his horse, his roll along the ground had torn the arrows out of his flesh, leaving gaping wounds through which his organs spilled. Much like Enguerrand, Roland's injuries were definitely mortal.

Four men dead, or they would be, by the end of the day. And every man who'd marched with them, thanks to the Seljuk army and the ambush no one but Zoticus had suspected. He could head home and collect payment for a job well done.

Ah, but he owed it to Josse to bring proof to the man's grave that his sister's violators were no more. So Zoticus collected three more swords and three signet rings, before heading back to the moaning, groaning worm that was Enguerrand.

He found Pegasus prancing around the man, shaking her head at him. It wasn't until Zoticus got closer that he realised the wretch had managed to wrap his hand around a rope trailing from the mare's bridle, and she was attempting to break free.

"Easy, Pegasus," he said, holding up his hands. He'd seen Godfrey manage this horse all the way to Byzas, and she'd seemed a biddable enough beast then. Now…

"If you'll just let me get close enough, I'll free you, and we can be on our way. I'll take you home to Godfrey and all your other stable mates," Zoticus continued.

This was apparently not to Pegasus's taste, for she reared up onto her hind legs, then brought her front hooves down hard.

Pegasus tossed her head, pulling the reins from Enguerrand's slackened grasp as she stepped back from the corpse she'd created.

Zoticus pulled the ornate raven ring from Enguerrand's hand and stuffed that into his sack with everything else.

"Now, would you like me to take you home, or are you planning on joining the Seljuk army?" he asked the horse.

It was a good thing horses were not susceptible to the plague, or she never would have made it home, Zoticus thought. Nor had she liked the ship, but…

He blinked. A low wooden ceiling floated above, while straw rustled beneath him when he moved. Everything ached like Pegasus had stomped on his whole body. But he'd returned Pegasus to Godfrey long ago, before placing his sword and signet ring collection on Josse's grave.

In fact, the last time he'd felt so weak, he'd been aboard that rat-infested ship, fighting off that benighted plague that had killed off more crusaders than the Seljuks had.

Zoticus groaned. Not again. A pestilence on all plagues, for he was heartily sick of them. 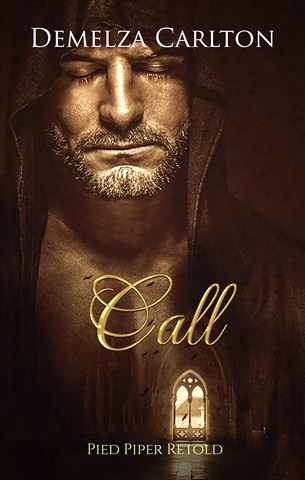 A sole survivor. A desperate mother. An impossible quest.

Zoticus the assassin has killed more people than he can count, but when he is the sole survivor in a town wiped out by plague, he vows to stop the scourge before more innocent lives are lost.

But what use is one man against a deadly disease?

Start reading it now from: