Not Another Shark Attack

Not Another Shark Attack

I won't launch an attack on sharks. I like sharks – they're big, mysterious fish; they haven't changed much in millions of years; and they taste delicious when they're dead, filleted and fried. 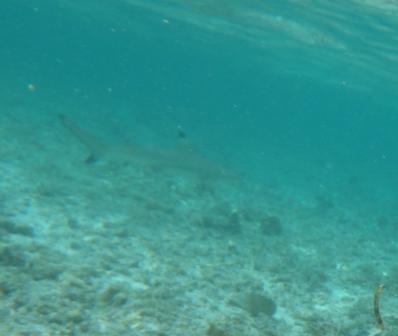 Sharks seem to be the flavour of the month lately, and not just at the fish and chip shop down the road. The media have tagged my home town of Perth as the “shark attack capital of the world” because of the number of fatal shark attacks off the Western Australian coast in the last year. It's come to the point where researchers have a huge amount of money to tag the sharks themselves. Yes, we've got sharks on Facebook and Twitter.

There are lots of sharks in the ocean and lots of shark species off the Western Australian coast. From records of past shark attacks, there's only three out of 160 species who tend to snack on humans – great white sharks, bull sharks and tiger sharks, all of which swim up and down the WA coast.

Bull and tiger sharks are part of the group of sharks known as “whalers” and they are fair game for recreational fishers in most Western Australian waters, provided they meet the legal size limits. Bull sharks even swim up the Swan River – there's a bull shark nursery in the Swan River, east of the Narrows Bridge. Tiger sharks are commonly seen up at the Houtman Abrolhos Islands and Ningaloo Reef, both off the Western Australian coast. When they get older, the stripes tend to fade, so they're not as recognisable as tiger sharks. A shark attack at the Abrolhos in 2005 was blamed on a great white shark, but the length was given as 6 m. Tiger sharks get that big, but whites tend to only get up to 5 m, plus they don't visit the Abrolhos as much.

The size limit on catching whaler sharks is 1.8 m, because sharks bigger than 1.8 m may have high levels of heavy metals. Someone should tell Vanessa how lucky she is that the Fisheries staff weren't around when she caught herself a tiger shark. The fines for catching fish outside the rules is huge – numbered in the thousands of dollars. Plus, Vanessa could have lost the Siren and her fishing licence.

There is another side, though. The sharks have been swimming in the oceans since before there were humans. I understand they prefer sea lions to humans and attacks on humans tend to be a case of mistaken identity. After all, Joe was swimming with sea lions when he had a close encounter with a tiger shark at the Abrolhos. He was also swimming in the evening – the time sharks hunt. Sharks hunt on cloudy days, too, because the light's similar to dawn and dusk. Ask any photographer. So, all in all, swimming at night in deep water with sea lions is not the brightest thing to do, but that's Joe for you.

Yes, I've willingly been swimming with sharks. I even sought one out at Cocos for the photo at the top of this post.

Reef sharks are little, with the one in the photograph above perhaps a metre long. I've heard of a small number of shark attacks by reef sharks, but none of these were fatal. I'm not even sure if they drew blood.

If a large shark is about to seriously injure or kill a human, I believe there is some justification for killing that shark in defence of the human. But I do know that catching a shark big enough to kill a human is no mean feat.

Unless, of course, the person catching the shark is Vanessa. Then all bets are off –  the question is whether Vanessa lets the shark swim away or carves it up for supper.