Flowers That Talk – the Language of Flowers

Flowers That Talk – the Language of Flowers

There's more to flowers than sex. Yes, they are plants' reproductive organs, but humans have assigned them a symbolism that goes way beyond that…though, admittedly, when they're used for romance, with other things in mind…oh, okay. In the end, flowers are all about love. And sex.

There are hundreds of flower meanings and the (human) language of flowers can be traced back to origins in China and Turkey. It became widespread in England in Victorian times, but my books don't take place in an English climate – they're predominantly set in the Mediterranean climate of south-west Western Australia.

Nevertheless, when flowers appear in my stories, they have very specific significance. 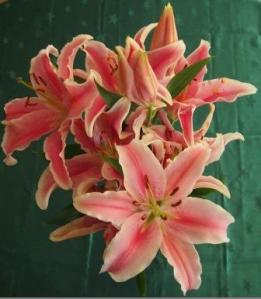 These appear in Nightmares of Caitlin Lockyer and in See You in Hell, both for different reasons.

Caitlin receives white liliums from Nathan for her birthday. White lilies are symbolise purity, virginity and how heavenly the recipient is. Yet he's giving them to a rape victim and he frequently asserts how having to take care of her is a nightmare, because of all the nightmares inspired by the hellish trauma the girl has been through. These flowers are also associated with death.

This is a stark contrast to Mel from See You in Hell, for Mel buys her own flowers. She smells them first and the alluring scent draws her into the florist shop. Asiatic liliums are the most fragrant of the bunch – they have a distinctive, unearthly scent that I admit to being just as easily ensnared by as Mel, as these are one of my favourite flowers. Pink liliums symbolise long-lasting love, healing and romance. 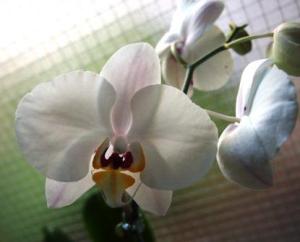 Butterfly or moth orchids (Phalaenopsis) are incredibly popular indoor plants and there are hundreds of different types. What they all have in common are the petals that look like a butterfly or moth's wings.

Some butterfly orchids have mermaid tails. Some have a delicate blush across their wings, while others are brightly coloured and speckled with contrasting spots. Mel receives a live butterfly orchid from a secret admirer on Valentine's Day, amid several dozen red roses from different men.

A butterfly orchid caught my attention because I saw an angel variant – a predominantly white orchid with deeper colour in the heart of it and a faint blush across its wings. White, gold, cerise and a faint blush…it was too good not to use in my book, because it reminded me so much of Mel.

Of course, that's probably what attracted her secret admirer to the flower, too – but whether an angel orchid is enough to win an angel's heart is another matter entirely. 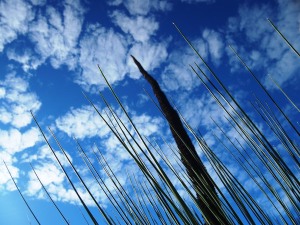 In Australia, we have a tree called a grass tree or balga. These have the most impressive flower I've ever seen – a single flower can be bigger than the whole tree and stick around for months.

While these flowers are hardly suitable for a bouquet – they're several metres long – they do play a significant part in Water and Fire.

Ah, for this one…I'd best direct you to my botanical video on the subject. They are very unusual trees and flowers.

Oh, my. Isn't it funny that a plant's genitals play such an important part in human romance, too?