Black cockatoos' beaks are stronger than a crocodile's jaws. They can also pick up pinecones, fly up a good 30m and use my cat for pinecone grenade target practice. All wildlife in Australia is trying to kill us. Black cockatoos just seem to enjoy it more than most.

Where I live, there are two main types – the white tails and the red tails. Officially, they're Carnaby's White-tailed Black Cockatoo (Calyptorhynchus latirostris) and the Forest Red-tailed Black Cockatoo (Calyptorhynchus bansksii) and they're both incredibly noisy. They fly in flocks, mate for life and they're highly endangered.

A small flock of forest red tail black cockatoos pop up in See You in Hell (though the demons deny their existence) and raises Hell in Mel's backyard. They seem to like doing the same at my place, so it's fairly easy to get photos of them.

It's easy to tell the females from the males – the blokes have a stripe of solid red tail feathers, while the girls have a speckled red, yellow and black stripe in their otherwise black tails. These birds mate for life and can live for up to fifty years.

It's hard to believe that a cockatoo's beak has a greater crushing power than a crocodile's jaws – I mean, crocodiles can snap bones. Yet these birds have gumnuts for breakfast and they shred through the tough shells of the nuts like you wouldn't believe. Just like the biologist in See You in Hell says – you can tell what sort of cockatoos were there by the mess they leave behind. And I mean the butchered gumnuts – each species has a slightly different shaped beak, and the beak-marks are so distinctive you can tell what sort of cocky molested the nuts on its quest for a tasty meal. 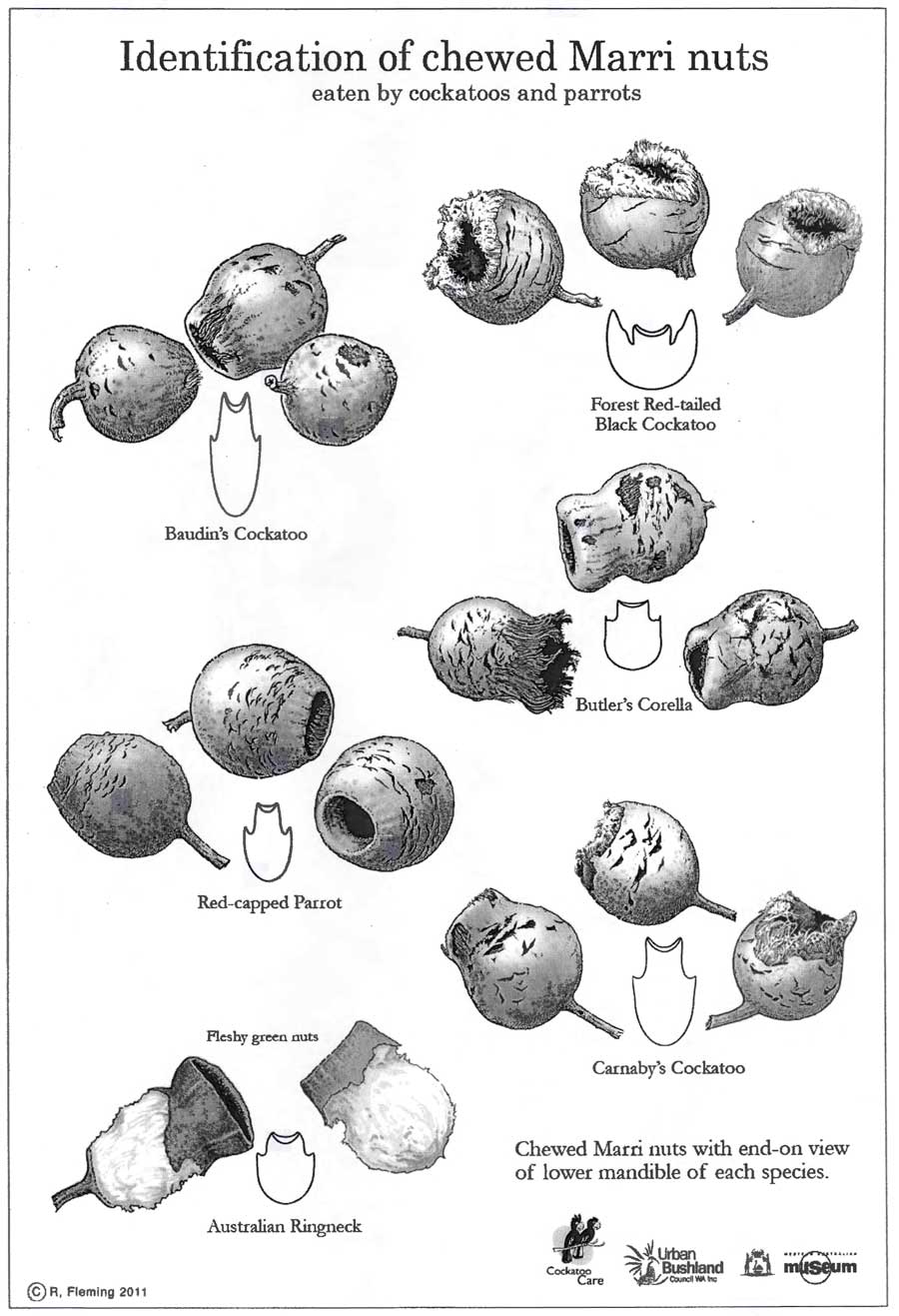 Welcome to my place – just beware of the birds in the backyard!