Guardians at the Gate: Charon, Acheron and Cerberus

Guardians at the Gate: Charon, Acheron and Cerberus

Where's the point of even having a gate if no one guards it? Lucifer being the Lord of Hell, he has plenty of demons, monsters and strange souls to take care of that for him. Including Charon, Acheron and Cerberus.

Charon is the cloaked ferryman in Hades who ferries newly dead souls over the River Acheron and possibly the River Styx to the underworld. He requires payment, in the form of a coin that was placed in the dead body's mouth after death.
He's described in various sources as being an old man with a long beard and poor hygiene. 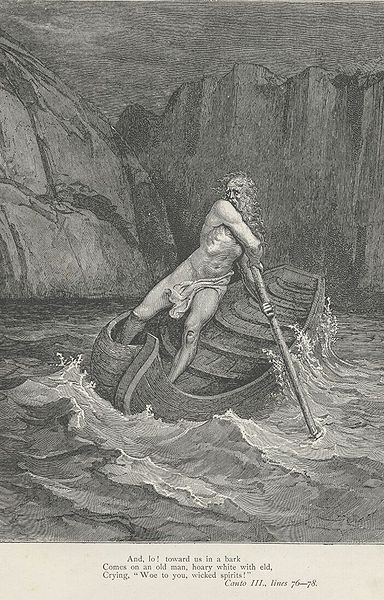 In Dante's The Divine Comedy, he's said to beat slow-moving souls with his oar to get them into his boat.

When he sees Mel, he refuses to carry her across the river – and he's even more emphatic in his refusal when he recognises her.

Archeron is both a river in Hell and a man. Actually, it's also a river in the Epirus region of Greece, but I'm just focussing on the Underworld Archeron.
Archeron was the son of Helios by either Gaia or Demeter (for the purposes of my Mel Goes to Hell series, I've gone with Demeter, which would make him Persephone's half-brother). When Zeus was fighting the Titans, Archeron offered the Titans a drink, which refreshed them and prolonged the fight. The angry, victorious Zeus cursed him, turning him into the river that now bears his name.
Mel finds him crouched in the river in Hell that bears his name, lonely and forgotten, as no one but she can see through Hell's illusions to the man in the water.

Cerberus is the giant, three-headed dog who guards the gates of Hell. Some accounts say he has more or less than three heads and others give him other roles, too. One particularly lovely description says he has three heads, a dragon's tail, a mane of snakes and the claws of a lion.
Apparently, he fawns over those entering Hell, but he'll attack anyone who tries to leave. 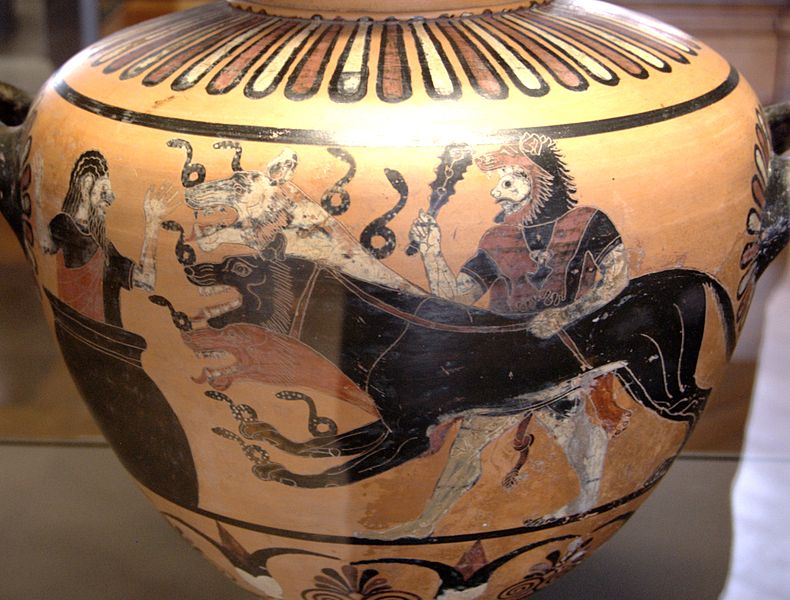 He seems to pop up in various places. Some say the mouth of the Acheron River; others the gates of Hell and Dante places him as the overlord of the third level of Hell, where the gluttonous and greedy writhe in their own filth.
When Mel encounters him on Level Three, all three heads are hungry because the lazy demons who feed him have been slack. She takes pity on the poor, mutated puppy and gives him a snack fresh from the butcher.